Ten Cool Marine Products that (almost) No One Will Ever Buy

Ten Cool Marine Products that (almost) No One Will Ever Buy 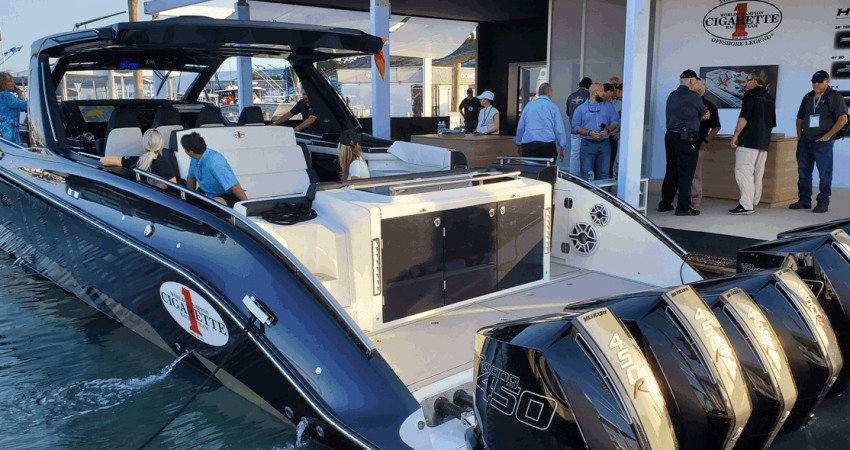 The Miami International Boat Show is the premier event for boaters in the US.  Manufacturers from all over the world attend the show to display their latest boats and other products targeted for boating enthusiasts.  In this article, I identify the ten products that caught my attention while wandering the show.  And, while they might not be the most pragmatic, they are certainly some of the coolest or intriguing items on display. 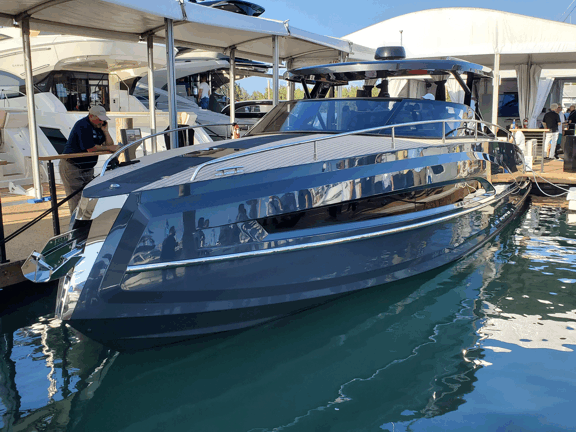 The futuristic styling of this 42′ Yacht is absolutely stunning and looks like something you would see in a James Bond movie.  And while there are plenty of boats far larger than this, the price tag for this little slice of heaven would be far more than most people pay for their homes. 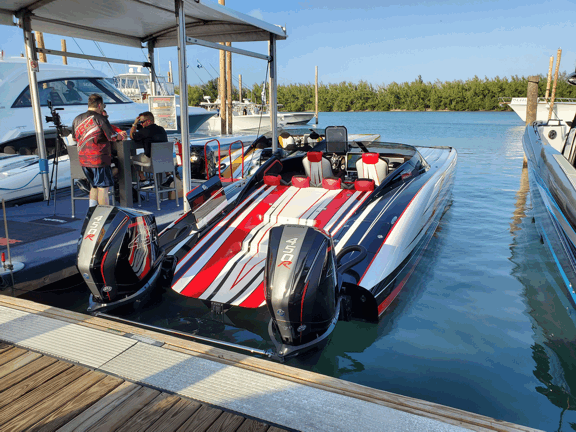 This boat is the definition of sleek in my opinion and would be a blast to take a ride in.  And, I love the bold color scheme.  Equipped with twin Mercury 450 Rs, this power catamaran can reach speeds of over 130 MPH.  On my 18 mile lake, this means you could go from one end to the other in approximately 17 minutes which begs the question what would you do with the rest of your time on the water? 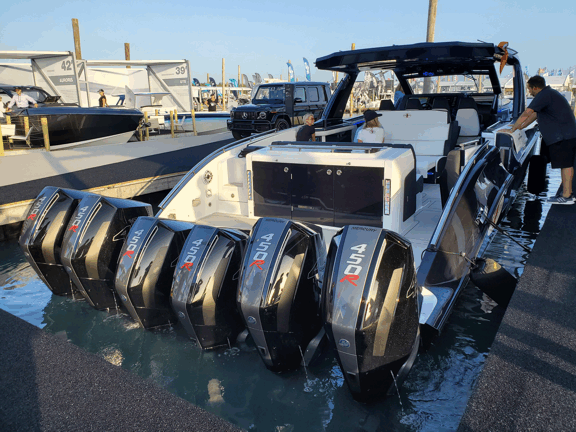 Most offshore boaters would agree that two engines are better than one but what about six?  Well, that’s just showing off.  This impressive 59′ boat will pass most everything on the water…except a gas station;) 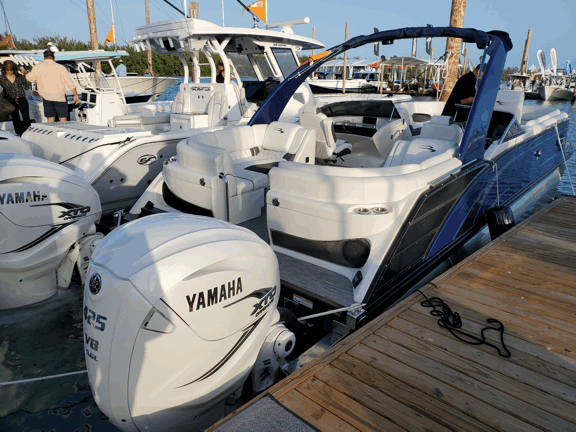 When I was a kid, pontoons were “no frills” boat featuring a plywood deck, green indoor/outdoor carpet, some cheap patio furniture and a small outboard motor.  They have come a long ways since then but this new Bennington is  at the complete opposite end of the spectrum.  Packaged with twin Yamaha 425 HP engines, this beautiful boat retails for over $250K.  And, because it has a 10′ beam, you will likely need a permit and pilot vehicle to tow it. 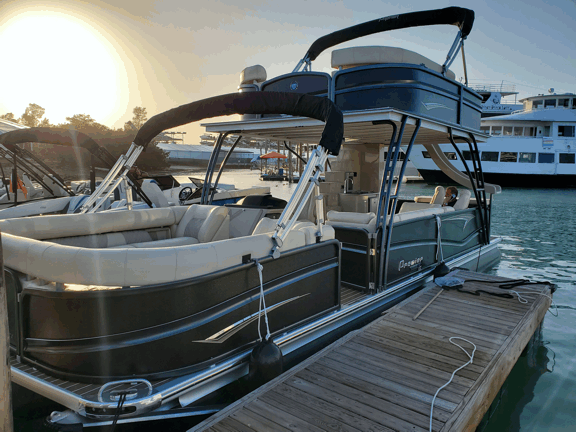 This boat looks like a blast to hang out on for a day and most boaters would find this extremely appealing.  But, whenever the idea of a double-decker pontoon came up in focus groups, boaters invariably told me they would never buy one.   You cannot lower the top and they are likely more difficult to maneuver in the wind.  Plus, if you have kids, someone is bound to get hurt.  But, if you can convince one of your friends or neighbors to buy one, well, that is a different story.  And, next to the Bennington QXFBWA X2, this one looks like a bargain. 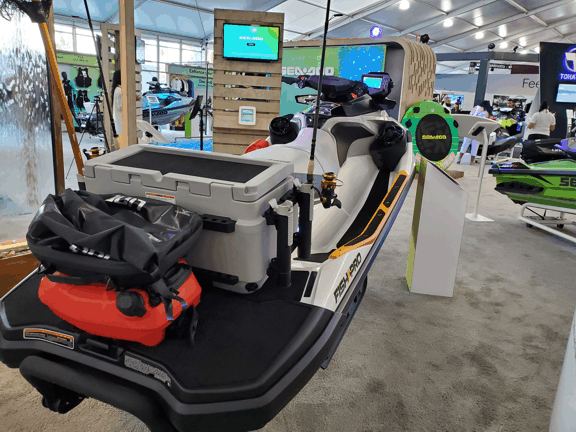 Jet skiers and anglers typically don’t like to share the same places out on the water but Sea Doo is trying to change that with their Fish Pro.  Designed for the thrill seeker who also likes to fish, the Sea Doo Fish Pro comes equipped with rod holders, cooler and fish finder and even has a “trolling mode”.  While certainly not for everyone, this is likely the most practical item on this list. 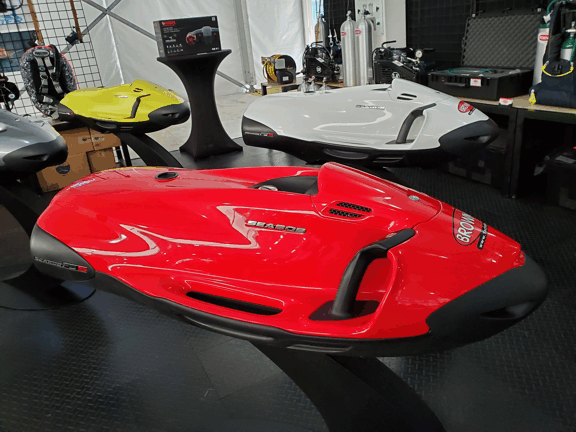 Ever wish you had your own personal submarine to explore the underworld?  Well, me neither.  But it does sound fun and something to rent while on a Caribbean vacation.  The Sea Bob is battery powered and can reach depths of up to 40 meters (131′).  Of course, scuba gear sold separately. 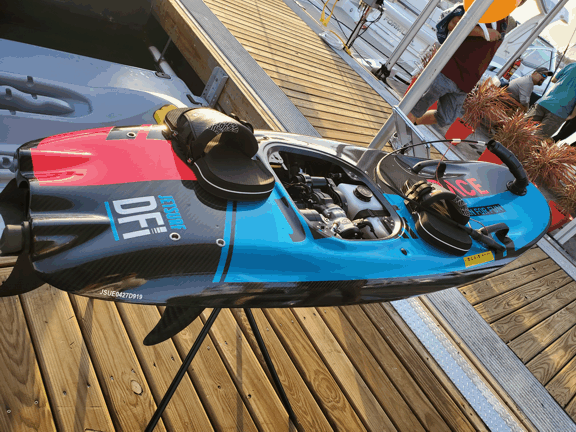 Do you want to wakeboard or surf but don’t live near the ocean or have a tow boat?  No problem The Jet Surf DFi is a motorized surf board that can reach speeds up to 35 mph.  Perhaps the perfect fix for ex-Californians who love to surf but are now living in Kansas. 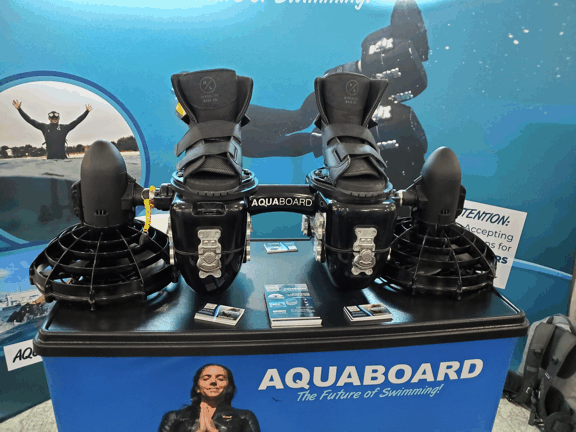 How do you give Gold Medalist Michael Phelps a run for his money?  Just strap on the Aquaboard and cruise at roughly 8 mph.  Introduced at the 2020 Miami Boat Show, the Aquaboard runs on batteries and will last approximately 1 1/2 hours between charges. 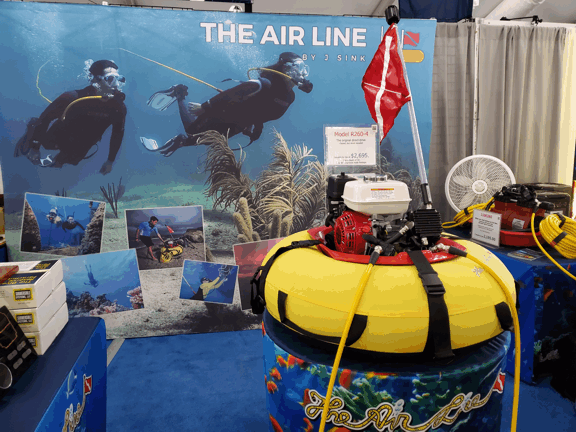 This is a fairly clever yet simplistic alternative to scuba diving.  Using a gas-powered compressor mounted in a float tube, the Air Line allows you to dive up to 70′ for approximately 3 hours per fueling.  The advantage is a longer dive time and no bulky tanks.  Of course, you are tethered by the hose but should be fine unless some toothy sea creature decides to mess with you.

Do you have a particular favorite?  Let us know in the comments section below.  Also be sure to check out our related article on five key boating trends identified at the Miami show. 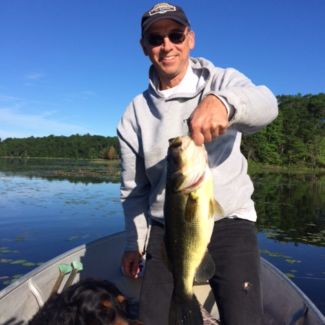